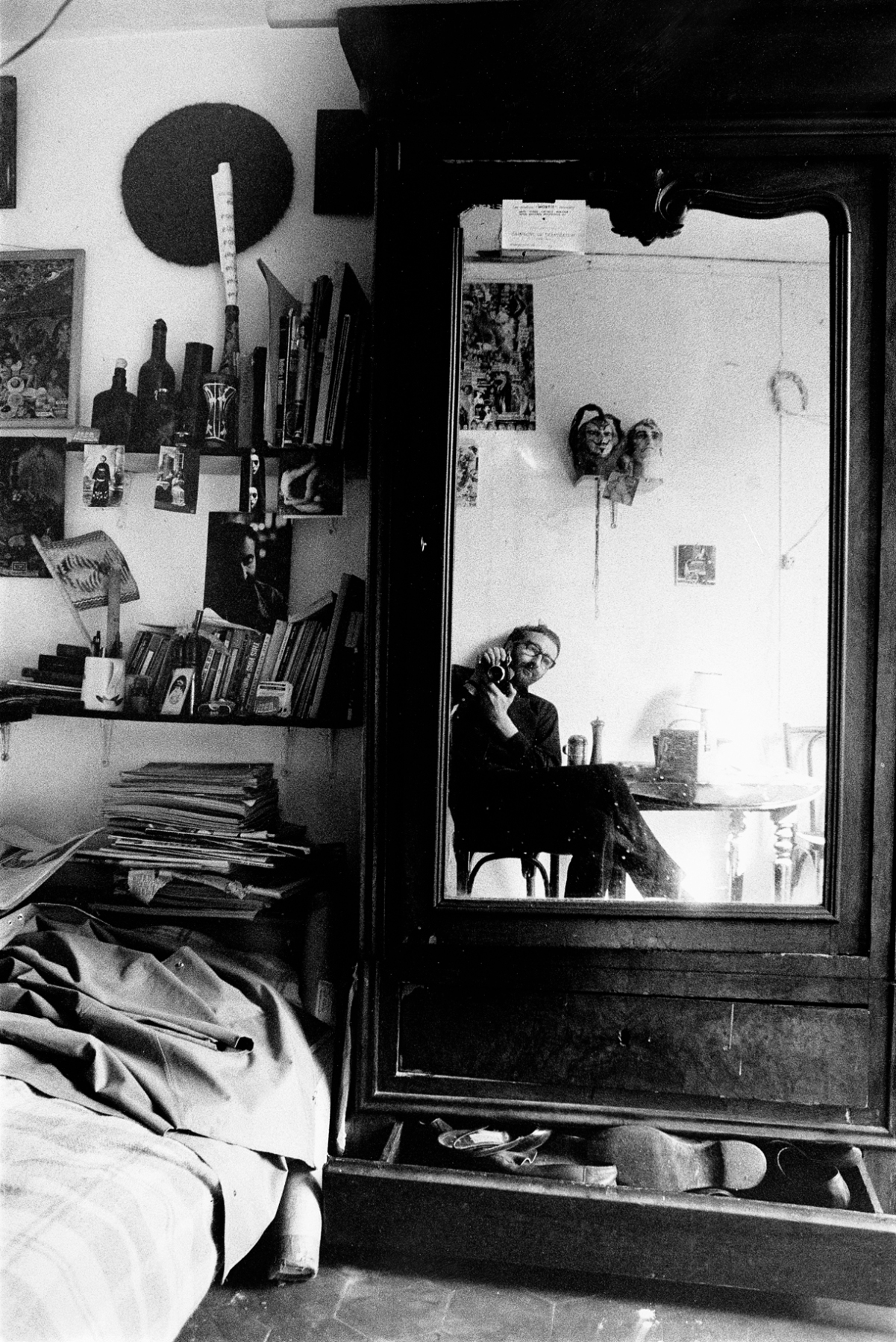 Check out what James Campbell has to say in The Guardian, about a new exhibition at the Centre Pompidou in Paris and a pivotal moment in cultural history: The time when  in the late 50s the Beat movement reached its high point, with Ginsberg, Kerouac and Burroughs, Corso and Gysin sharing rooms in a rundown hotel near the Seine.

“It was at the Beat Hotel in 1959 that the dishevelled “routines” of William S Burroughs were shuffled into some kind of shape by Ginsberg, Sinclair Beiles and others – a random shape, according to Burroughs himself – before being brought to the proprietor of Olympia, Maurice Girodias. Four or five weeks later, Naked Lunch, with a now rare dust jacket designed by the author and many misprints committed by non-English-reading compositors (fortunately, given the content), was in the few shops willing to stock it. The cut-up technique, which Burroughs used to produce his next two novels, The Soft Machine and The Ticket That Exploded – also published by Olympia – was accidentally revealed to his regular collaborator Brion Gysin at the Beat Hotel. Gysin’s original cut-up weapon, a Stanley knife, is on display, as is Burroughs’s vintage Underwood typewriter and an adding machine of the kind refined by his grandfather, also William S Burroughs, which brought the family status and wealth at the end of the 19th century. It was in Paris that Ginsberg began writing “Kaddish”, his greatest poem, and it was from here that Gregory Corso sent the poems for his collection Gasoline to City Lights Books in San Francisco. “He’s probably the greatest poet in America”, Ginsberg wrote in a preface, “and he’s starving in Europe.” Starving at the Beat Hotel, to be precise, where Corso lived in a room almost too small to stand up in, as we see from one of the many photographs by the English photographer Harold Chapman.“ 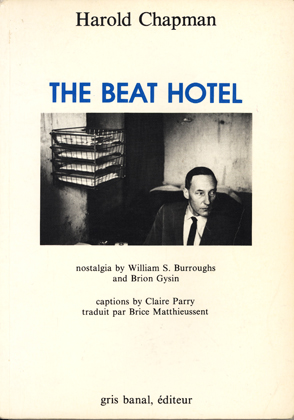 Still available in German with an English text inlay: Harold Chapman – The Beats A Paris – Paris and the Poets of the Beat generation 1957 – 1963 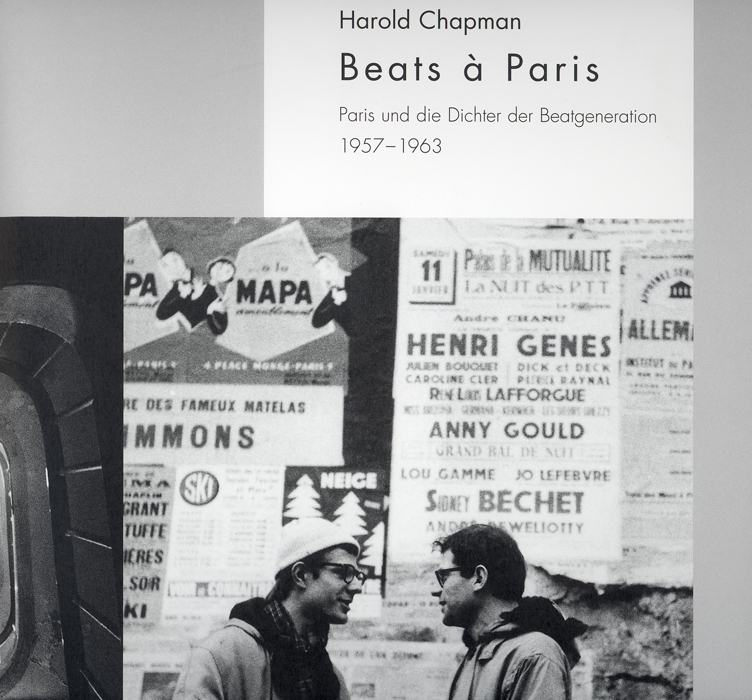